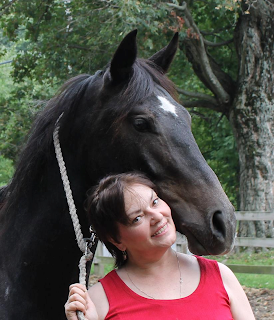 The Nurse Mare and Her Foals The elite of the horse world are the high-dollar mares. They are show animals or racing animals, bringing high dollars for their foals because they have a history of excellence and winning. For them, time is money and it's important that the mare be kept busy birthing instead of spending weeks nursing her offspring. That job is given to a nurse mare. Much like the old-time wet nurse employed by wealthy mothers throughout history, the nurse mare is of uncertain or unimportant bloodlines and incapable of bringing substantial income to her owner. In order to nurse the important foal, she must have recently given birth and produce the necessary milk. The question is: What becomes of the nurse mare's foal? By many called a “junk foal,” this unfortunate newborn is considered a necessary evil, a disposable byproduct. The cost of trying to nurse this foal until it is weaned is high, so often the “junk foal” is killed outright and disposed of. Sometimes it's shipped off to auction and bought by manufacturers who use its hide to make expensive bags or shoes. Whatever its fate, the nurse mare's foal is considered an unimportant nuisance. The nurse mare’s foal is usually taken from its mother anytime from one day to a week after birth instead of the ten to twelve weeks that foals commonly nurse. The times vary, depending on when the high-dollar mare foals. Generally the nurse mare is shipped off to the farm to nurture and foster the high-priced foal. The horse industry benefits from this barbaric practice because the high-dollar mare gets back in shape more quickly, so she can show well and invite more offers for her offspring. While some stables allow the mare three to four weeks to recuperate after giving birth, many are sent to the stallion for rebreeding within seven to ten days of giving birth. There are Equine Rescue Leagues that have spent their time, energy, and money to help the rejected foals. Without them, more of these small lives would be lost. Most of the rescuers are knowledgeable, but there are a few well-intentioned people who want to save the newborns without any knowledge of horses. In some cases these organizations succeed almost by accident, and in others they make matters worse for the animals in their care. Unfortunately these groups sometimes rely on unscrupulous people, self-proclaimed experts who have their own hidden agendas. The lucky foal is adopted by people who know and love horses or who go out of their way to learn the needs and care of this fragile baby animal. Too many are adopted by men and women who know little or nothing about horses, let alone the unique care these foals require, and the new owners soon become overwhelmed. As a result, some foals are bought and sold several times before they reach maturity. Others die from lack of proper nutrition and proper parasite control. The nurse mare's foal unfortunate enough to fall into the wrong hands usually grows up with multiple deformities and bone development problems. Some have social development issues, never learning how to be a horse or understanding the role of a horse with a human companion. This book is the story of one nurse mare's foal and its fight for survival. Marta Moran Bishop and Toni Boyle
Posted by MartaWrites at 3:47 AM