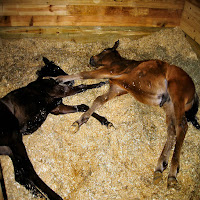 The day I learned about nurse mares and nurse mare foals was the day I met Dinky, originally named Cole at the local fair. It was one of the hottest days on record and Dinky with his friend Lucky (another nurse mare foal) were in a small enclosure in the sun. He was frightened, nippy, and yet curious at the same time. 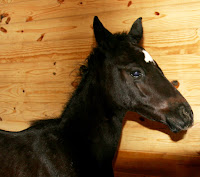 His entire demeanor spoke of his fear, loneliness, desperation and needed to be loved and safe, yet he had no idea how to achieve these things.

I will never forget that day, for it followed me as the image of him did not leave me, but spurred me to know more and to take him home, cure his loneliness and fears. The adoption was not difficult, but the days, weeks, years that followed as he grew and developed into a beautiful horse were challenging.

Many days and nights filled, with his desperation to understand what it was to be a horse. How to get the love he needed and to learn his purpose, there remained a sense of his inability to understand what either the other horses or humans around him expected of him. 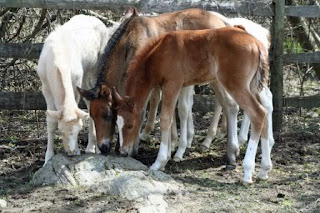 The anger I first felt about the treatment of nurse mares and nurse mare foals blossomed into a passion of mine, to tell the story of Dinky. I hoped it would enable others to understand what a horse feels and that they do feel, think, and are not only beautiful creatures. But treasures for us to learn our humanity and the ability to bond with others. For it is in learning to understand animals and other humans and empathize with them that we find the ability to sympathize with all of life. 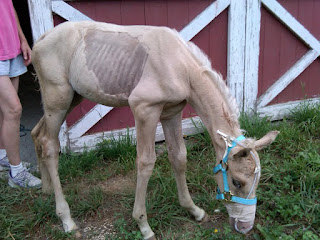 As a child looks to first its parents, than its peers, so do animals and horses. When you take a baby from its mother, it will look for someone to cling to, a role model to teach and follow. Nurse mare foals are no different, except that they are without an adult of their species to nurture and guide them. They cannot survive on their own any more than a human baby could. 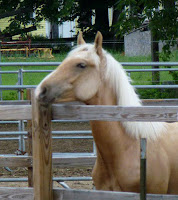 It is a heartless practice and one that in my opinion hurts the horses and our humanity. Inflicting needless suffering on both the elite mare, the nurse mare, and both foals. All of which become fodder for the human desire to achieve and are proof of their greed. Whether it be the next ribbon or race horse that will come out of the elite mare, it diminishes her worth as a fellow creature. The nurse mare becomes nothing but a breeding machine, her foal tossed aside as worthless. These glorious animals with love, brains, heart, and soul become lost. 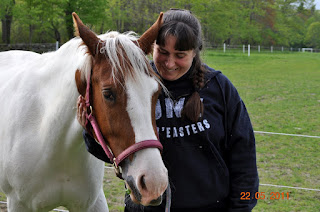 A few like Kaylee, out of the thousands born a year get rescued, some go to good homes and are not bought and sold again and again after their first owners get tired of them because they are no longer small furry babies. The rest become cordovan leather or die soon after their first breath. 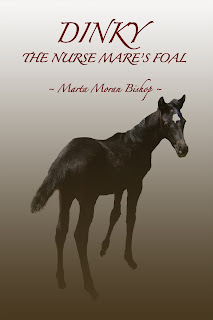 Dinky: The Nurse Mare’s Foal took me three years to write and more revisions than I can count. First I had to rid myself of my anger over the plight of these small creatures.

I had to let go of my ego and immerse myself in his heart, mind, fears, becoming one with him. 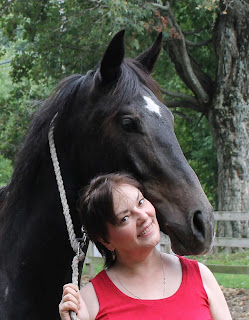 Many will consider it strange that I say I became one with him, but I did, Dinky told me his story, it filled my mind and heart day in and day out. I lived it with him as he grew.

And so Dinky: The Nurse Mare’s Foal, was written, through his memories of those times and places that held sway over him and inhibited him from learning to become the wonderful horse he is today.

Posted by MartaWrites at 7:40 AM No comments: